One of our favorite resorts to visit at Walt Disney World is the Polynesian.  It’s absolutely gorgeous and it has so many great dining options…Kona Cafe, ‘Ohana, and Trader Sam’s Grog Grotto are our go-tos.

Since we can’t take a weekend trip down to Disney, we decided to recreate a date night at the Polynesian at home.

To start, I got out some wax melts that smell JUST like the resort from Walter & Rosie Candle Co.  I also burned one of my favorite candles, the Volcano scent from Capri Blue.

I pulled out my Moana fabric knotty headband from Main Street Tilly Ears too!

Trader Sam’s Grog Grotto is hidden away inside the resort and one of the most entertaining bars I’ve ever been to.  If you haven’t had a drink there yet, I highly recommend it!

I blended up a tiki rum drink inspired by one of the drinks on the menu.  We have a couple tiki cups from Trader Sam’s at home and they were perfect for our date night (if you’re 21+ obviously)!  For a non-alcoholic drink, you can mix passion fruit juice, orange juice, and guava juice for the well-loved POG or Liliko’i juice.

The main dining restaurant at the resort is ‘Ohana.  “‘Ohana mean family. Family means no one gets left behind.”  Recognize that quote from Lilo & Stitch?  Their signature dinner dish are the terriyaki noodles.  If you’ve ever had them before you know how delicious they are! We made up our own noodles and served them with pot stickers.

Our friends joined us virtually and they made Hawaiian style pulled pork sliders for their meal.

After our dinner and Facetime call, we loaded Moana on Disney+.  Definitely one of my favorites!

We finished the night with the classic Dole Whip as our dessert.  I can’t believe I’ve never made this at home before…super easy!

We also watched the Happily Ever After fireworks on the Disney Parks Blog.  Check them out here!  There may or may not have been some tears.

Photo: Disney Parks Blog
We had so much fun recreating some of our Disney favorites at home.  It makes missing the parks and resorts a little bit easier.  Now we are trying to figure out what to do next!  Any suggestions?

It is finally here! Disney+ streaming service is finally live on November 12, 2019 and I know I can’t wait to dive in. Who else signed up months ago?! The service will have the Disney classics as well as a bunch of original programs, and honestly, I think that’s what I’m the most excited about!

You can purchase the service for either $6.99/month or $69.99/year. Subscribers will be able to stream on multiple devices and downloads on up to 10 devices. Streaming is available on Android devices, Android TV, Apple devices, Apple TV, Desktop browsers, Chromebooks, Chromecast, Amazon Fire Stick, Amazon Fire Tablets, Rokus, Xbox One, and Sony Play Station 4. As well as LG, Samsung, and Sony Smart TVs.

Here are the Top 5 shows or movies I’m most looking forward to:

In Disney+’s holiday comedy “Noelle,” Kris Kringle’s daughter, is full of Christmas spirit and holiday fun. Noelle wishes she could do something “important” like her beloved brother Nick, who will take over from their father this Christmas. When Nick is about to crumble like a gingerbread cookie from all the pressure, Noelle suggests he take a break and get away…but when he doesn’t return, Noelle must find her brother and bring him back in time to save Christmas.

On December 3, 2019 — the same day the book arrives in stores – Disney+ will debut its new, 52-episode short-form series One Day at Disney, launching with a feature-length documentary. This exciting new series takes an in-depth look at the unique and surprising roles these Disney cast members call their daily jobs.
3. Marvel Movies 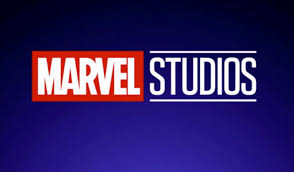 We got way behind on the Marvel movies, so it will be great to be able to watch them all in one place and get caught up! There will also be some original Marvel movies and shows to add to the list too.
4. The Lizzie McGuire Reboot

The new Lizzie McGuire story picks up as the Lizzie is just about to turn 30. She seemingly has it all­—her dream job as an assistant to a fancy New York City decorator, her dream guy, and a picturesque Brooklyn apartment—but things aren’t always as they seem. With a little help from her friends, her loving family, and her 13-year-old alter-ego in animated form, Lizzie navigates the ups and downs of adulthood.
5. Behind the Attraction
Dwayne “The Rock” Johnson produces this series, which shows how popular Disney rides and attractions came to be. This will give viewers an exclusive glimpse ‘behind the curtain’ of some of Disney’s most popular attractions by speaking directly with Disney’s Imagineers and other creative minds involved in bringing each one to life. The episodes will feature a deep-dive into the history of how these popular Disney attractions came to be, and how they’ve been refined as new ideas surface and technology evolved.
Are you signed up and ready to stream? What is at the top of your list to watch?!
xoxo Shannon

Rise of the Resistance is one of Disney’s most incredible rides and you can find it in Star Wars: Galaxy’s Edge at Walt Disney World’s Hollywood Studios. It is really more than a ride, it’s a whole experience! If you want to ride it, you are going to need to have a plan to grab a Boarding Group!

Quick and easy breakfast recipe! Eggland’s Best Egg White, Spinach, and Feta Scramble is one of my favorite recipes to start the day right.

I love all of the conversation hearts for our Vale

Reading this book is a great way to start the year

Sundays are for donuts! 🍩🍩🍩 And cleaning

Wishing you all happy holidays and sending you lot

Essentials needed to get these presents wrapped fo

One of our favorite things to do this time of year

Hot Cocoa Bar with all of the toppings! This was s

@uniconutrition is having their biggest sale of th

It’s hard to believe Thanksgiving is just around

This week, I’m taking a stand against food insec

Our @winebargeorge dinner review is up on the blog

Currently reading Chasing the Bright Side by @jess

A sunflower field is like a sky with a thousand su

Thank you to all of the @jltallahassee members who